In the area of torture and war trauma rehabilitation, the Swedish Red Cross has extensive expertise, both nationally and internationally. In Sweden, the Swedish Red Cross has been pioneers in the field and gained solid knowledge and experience. On this basis, the national Competence Centre for Rehabilitation of Torture and War Trauma has been developed. 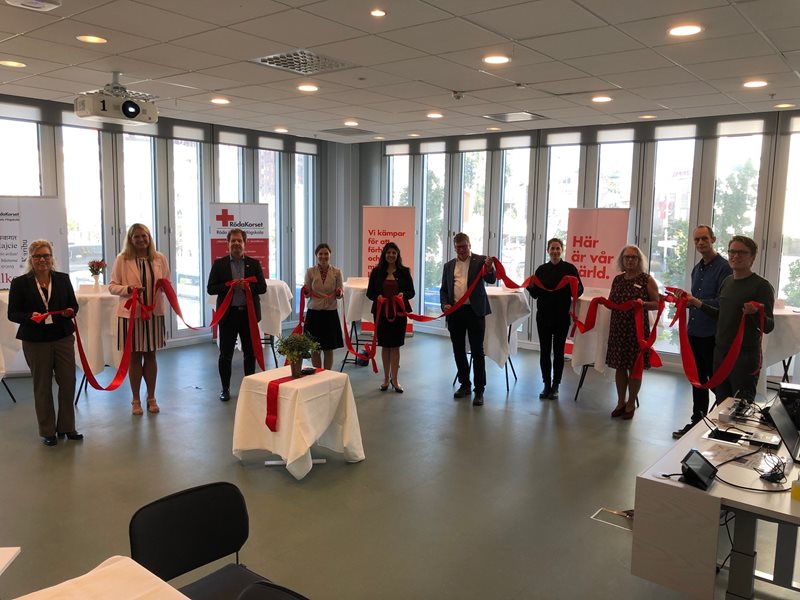 Today, the Swedish Red Cross Treatment Centres for Persons Affected by War and Torture are located in six different places in Sweden. The Swedish Red Cross Competence Centre for Rehabilitation of Torture and War Trauma will work to strengthen the Red Cross’ work nationally and internationally. The purpose of the Competence Center is to contribute to knowledge and evidence when it comes to treatment and support to persons affected by torture and war, and hence in the long run contribute to better services provided and better quality of life of persons concerned. Founded in April and now inaugurated, the Competence Center is located at the Red Cross University College and will focus on:

“The Red Cross University College has conducted nursing education for over 150 years. The very first Red Cross nurses were trained to care for war wounded. We are proud that the Competence Centre that will develop research and education in this area is placed here, said Susanne Georgsson, Vice-Chancellor of the Red Cross University College when she tied the red ribbon and passed the word on to Martin Ärnlöv, Secretary General of the Swedish Red Cross.

“The international Red Cross and Red Crescent movement is active in more than 190 countries almost all over the world, and we follow in the footsteps of refugees. We are in countries that people are fleeing from and where they end up. Those we meet include people fleeing war, persecution, and torture. We have six treatment centres for war wounded and tortured in Sweden, we train nurses and specialist nurses, we train people and combine internships with science. Health care in combination with the protection of the individual is our focus. This Competence Centre has the seeds to build something in the long term, both in Sweden and in collaboration with other countries, said Martin Ärnlöv.

“It is important to gather our resources in our humanitarian mission, and to link scientific research with clinical activities. We now have new knowledge to develop new methods for treating and alleviating war trauma and torture injuries”, said Oscar Fredriksson, former Chairman of the Red Cross Treatment Centre for Tortured Refugees.

“To work in healthcare is to be close to both the local and the global and we must be able to face all types of suffering, regardless of whether it happens around the corner or a sea away”, said Marcus Gunnarsson, Chair of the Student Union.

The Stockholm centre was the first treatment centre in Sweden that until recently was run as a foundation. Today, all treatment centres are run within the framework of the Swedish Red Cross. The vision of the competence centre has been found in many different parts of the Swedish Red Cross and the Red Cross University College, but the former foundation’s activities have been a support for the vision now becoming a reality.

A recording with actor Özz Nujen who read a story from a patient from the book “You could have been me. Stories and snapshots from conversations with traumatized refugees” (Du kunde ha varit jag. Berättelser och ögonblicksbilder från samtal med traumatiserade flyktingar), by author Barbro O'Connor, published by the Swedish Red Cross in 2016, was shown.

The International Federation of Red Cross and Red Crescent Societies’ Director of Health, Emanuele Capobianco and Senop Tschakarjan, Advisor on Mental Health and Psychosocial Support from the International Committee of the Red Cross, participated in pre-recorded  congratulation greetings to the inauguration of the Competence Centre.

Panel discussion and perspective of patients

After the red ribbons had been tied between the collaborating organizations, a panel discussion was moderated by Maria Stålgren with experts in the field of torture and war trauma , including Camilla Juhlin, Legal and Migration Advisor at SRK, Hanna Lachmann, University Lecturer, researcher and programme manager of the nursing education at Red Cross University College, Karl Torring, psychologist and Head of RKC Stockholm and Niklas Möller psychologist and Head of RKC Uppsala. This conversation also included the perspective from a medical doctor with Associate Professor Hans Samnegård who participated via a recorded interview and spoke about somatic symptoms as a result of torture methods and his experiences of 141 somatic investigations following the medico-legal manual, the Istanbul Protocol, published by the UN High Commissioner for Human Rights (1999 and 2004).

Many efforts are already made today in the work of providing support and treatment to people suffering from war or torture trauma. With a focus on the survivors, the Competence Center aims to have the patient and the person at the centre of its work. 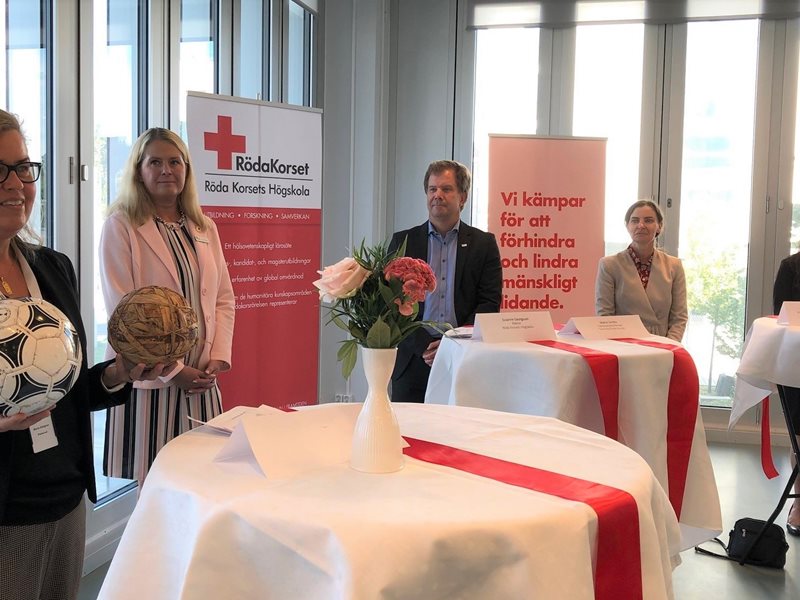 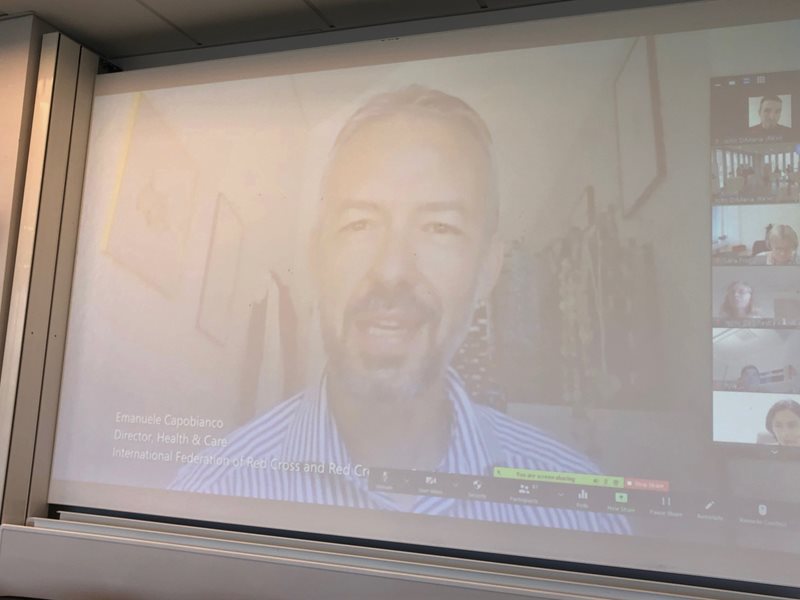 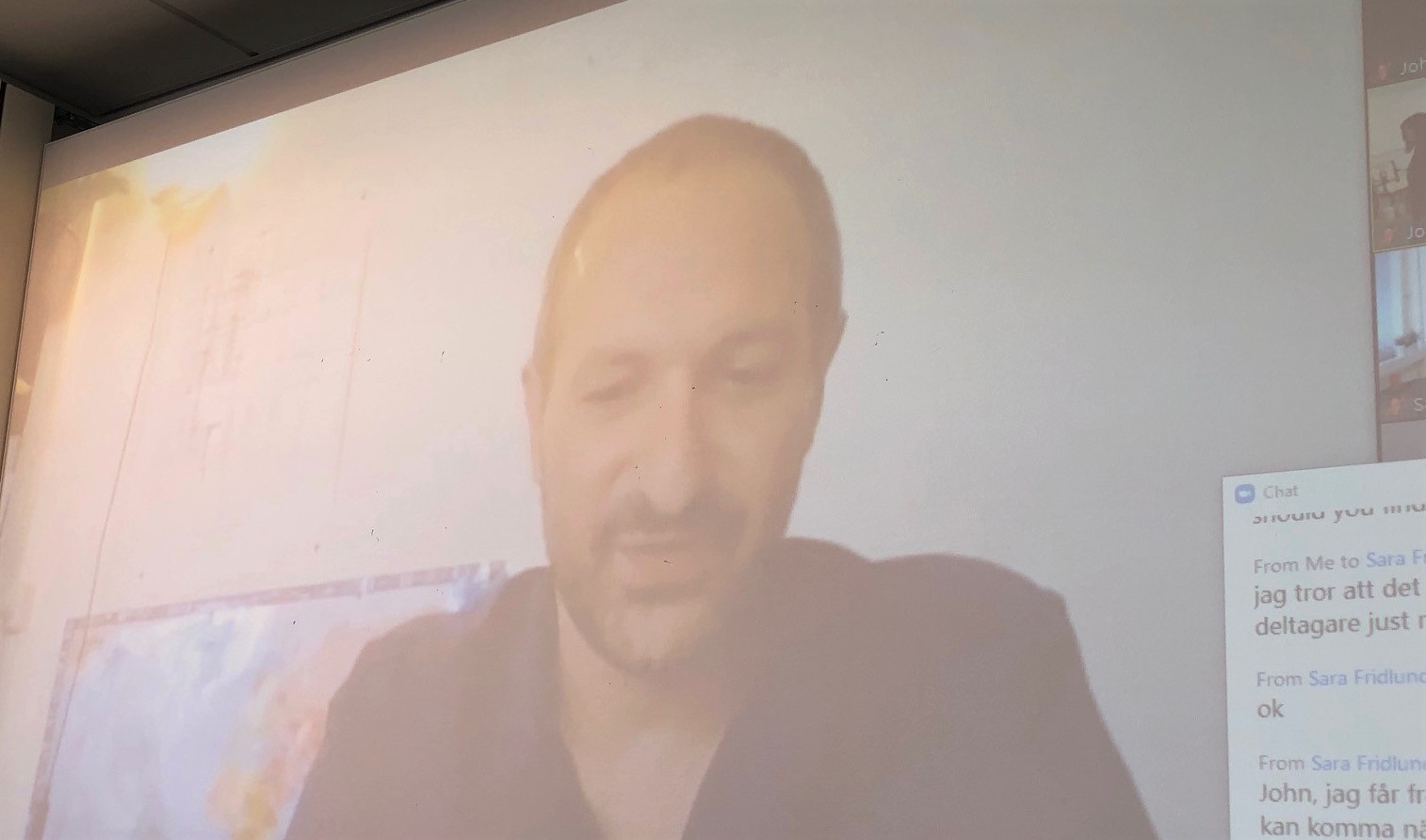 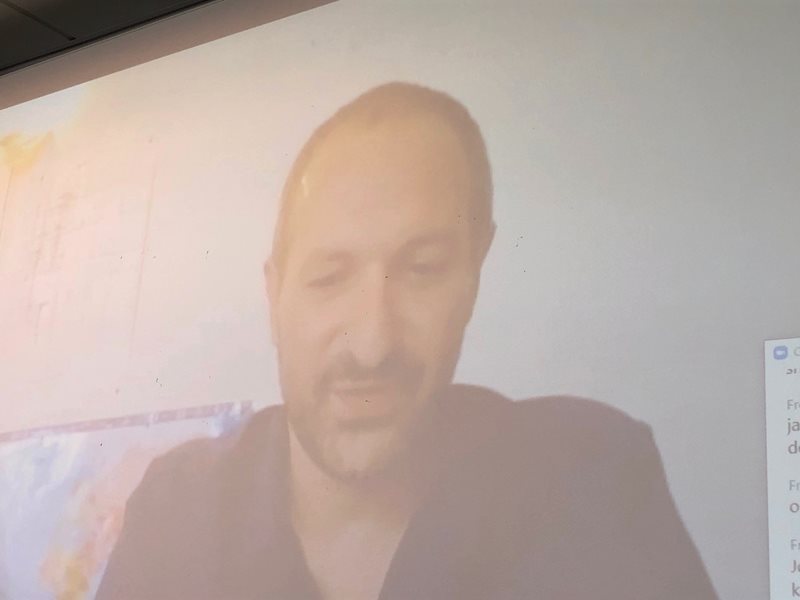 Senop Tschakarjan, Advisor on Mental Health and Psychosocial Support from the International Committee of the Red Cross

The Red Cross University College has 65 employees and educates approximately 850 students annually. Its nursing educational programme is one of the most respected in Sweden. Global health and nursing comprise the University College’s unique profile in education, research, and collaboration.

The Swedish Red Cross runs treatment centers for people who are suffering from trauma linked to war, torture, and, or, severe migration journeys in six places in Sweden: Skellefteå, Uppsala, Stockholm, Skövde, Gothenburg and Malmö. The first treatment center started in Stockholm 35 years ago. The goal of the Swedish Red Cross Treatment Center is to provide people who have been exposed to war trauma and torture, support and care so that they can regain their mental and physical health. In addition to clinical treatment work, the treatments centers work to spread knowledge by offering training and information to various target groups, both externally and internally.